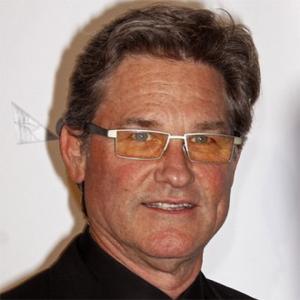 Kurt Russell is in negotiations to star in 'Django Unchained'.

The 60-year-old actor is set to replace Kevin Costner on the eagerly-anticipated Quentin Tarantino-directed movie about a freed slave who is trying to save his wife, joining Samuel L. Jackson and Leonardo Dicaprio in the cast.

Kurt will play a character called Ace, who oversees a plantation in the American South and is ruthless in punishing his slaves.

The movie is set to go into production in November, by which time it is hoped Christoph Waltz will have recovered from an injury he sustained while in training on horseback for the movie last week.

It will be the second time Kurt has teamed with Quentin on a movie - he appeared as a serial killing hunter in 'Death Proof' in 2007.

Kurt - who is in a long-term relationship with actress Goldie Hawn - has not had a big cinema role since then, but did take part in indie football drama 'Touchback'.