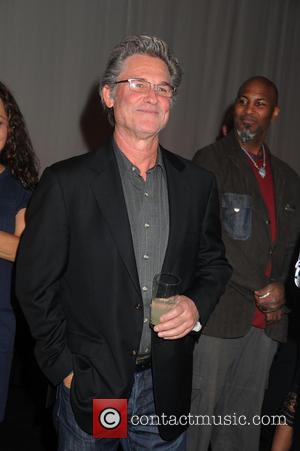 Kurt Russell's actor son Wyatt Russell turned down a part in The Hunger Games franchise to accept a lead role in the 21 Jump Street sequel.

Wyatt, who is Russell's son with actress Goldie Hawn, will appear opposite Channing Tatum and Jonah Hill in 22 Jump Street, the follow-up to the 2012 film based on the 1987 television series of the same name.

The Thing star has now revealed Wyatt faced a difficult choice when he was offered the 22 Jump Street role, as he was also asked to join the third and fourth films in The Hunger Games series.

Speaking to The New York Post's gossip column Page Six, Kurt Russell, says, "He had to turn down Hunger Games part 3 and 4 to do it," while he also reveals his son is also being lined up to star in the film adaptation of Gregg Allman's biography, detailing the early years of blues group The Allman Brothers Band.

He adds, "They're trying to get this Allman Brothers movie made... they want him (Wyatt) to play Duane (Allman, the group's guitarist who was killed in a motorcycle accident in 1971)."