Kurt Sutter's follow-up to 'Sons of Anarchy' has been cancelled by FX, and the writer himself has taken the step of acknowledging its shortcomings publicly.

Kurt Sutter’s medieval follow-up to his smash series ‘Sons of Anarchy’, titled ‘The Bastard Executioner’, has been cancelled by FX after just one series – and the writer himself has taken the highly unusual step of playing an active part in his own show’s demise.

Rather than let the show fade into ignominy after its initial run of 10 episodes, the 55 year old bought advertising space on Deadline to acknowledge the hard work that the cast and crew had put in to bring his tale of warrior knights in 12th century Wales to life, while being frank that the viewing figures weren’t good enough to make it sustainable.

“We did not hold back from showing the brutality of living in 1325 Wales,” Sutter also told Variety in a statement about his show’s premature end, with the series finale airing this Tuesday (November 17th).

“The numbers just didn’t sustain the cost of the show, quite frankly,” Sutter admitted in forthright manner. “It’s all math at the end of the day. We couldn’t establish that core audience that allows you to figure out your advertising paradigm and whether or not the show is affordable.”

In the advertisement itself, Sutter praised the efforts of everybody involved in ‘The Bastard Executioner’, which included a brief recurring role for a certain Ed Sheeran. “I have been awed by the talent and commitment of this ‘TBX’ cast and crew. The audience has spoken and unfortunately the word is, ‘meh.’ So with due respect, we bring our mythology to an epic and fiery close.”

The standard to which Sutter had to shape up was sizeable with this new series, as the highly popular biker series ‘Sons of Anarchy’ wrapped after seven seasons on FX last year. Though he has no regrets about making the show, Sutter was unflinching in his analysis of where he thought it went wrong.

“It was a dense mythology,” he said. “It was historically based. I do think they’re harder to plug into. It takes more time for people to find those shows and to have the energy to sit and watch them. … My sense is a year from now when people have the time and energy, they’ll watch and some of them will be like, ‘What happened?’”

Talking about the potential for another biker series, Sutter added: “The network is very hot on the Mayans project, and I won’t run that show. For me, this is about finding the right writer and the next thing I will be doing is sitting down and interviewing to find a Latino writer, someone who understands the world and the culture. I don’t want to just throw some white guy at it.”

More: Charlie Hunnam reveals why he turned down ‘Fifty Shades of Grey’ role 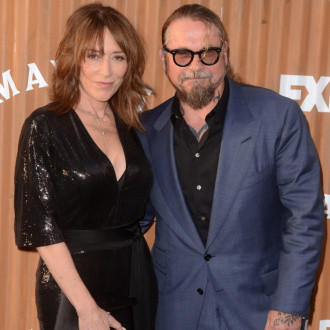 Kurt Sutter to direct This Beast