'Worst Week' star Kyle Bornheimer is snapped leaving the ABC studios in New York City. He pauses to sign his autograph for a fan and lingers briefly to smile for the cameras before being hurried back to his awaiting car.

He is set to star in a brand new sitcom on ABC called 'Family Tools' playing a character called Jack Shea who inherits his family's repair service despite not knowing anything about fixing things. He told Journal Now that that is something that transposes to real life as he himself knows little about being a handyman.

Shes Out Of My League 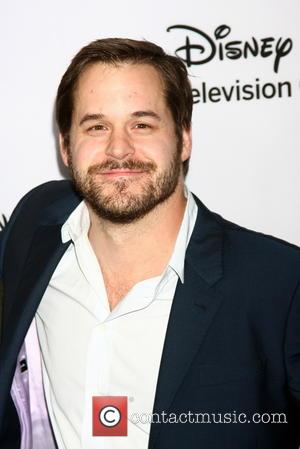