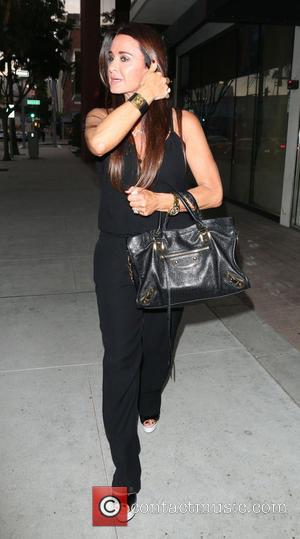 The daughter of actress-turned-Tv personality Kyle Richards was hospitalised over the weekend (01-02Nov14) following a savage dog attack.

The Real Housewives of Beverly Hills star was with her family at her sister Kim's home in California on Saturday (01Nov14) when a pet pit bull attacked Richards' 18-year-old daughter Alexia.

According to Tmz.com, the animal bit Alexia several times on her right hand and she was rushed to Cedars-Sinai Medical Center in Los Angeles for surgery.

Alexia is reportedly set to undergo a second operation on her hand.

Richards writes in a post on Facebook.com, "Regarding Alexia: She was attacked by a dog and has to have surgery. As always, she is trying to make the best out of a bad situation. Thank you for your thoughts & well wishes."