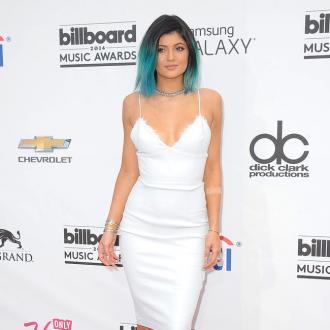 Kylie Jenner and Charli XCX will present prizes at the 2015 Billboard Music Awards.

The 'Keeping Up With the Kardashians' youngster, 17, will be joined by her half-sister Khloé Kardashian for the task, while 'Frozen' star Idina Menzel has also joined the bill.

The selection of famous faces will join rapper Ludacris and model Chrissy Teigen who will present the annual music gala, live from the MGM Grand Garden Arena in Las Vegas on Sunday (17.05.15).

The stars have been announced alongside other presenters including Lily Aldridge, Hannah Davis, Danica McKellar, Florida Georgia, Tracee Ellis Ross and Prince Royce.

The news comes just a week after it was confirmed One Direction would be making their major red carpet debut as a four-piece at the event, where they will also give out an award, as well as Laverne Cox, Zendaya and the cast of 'Entourage'.

As well as the celebrity presenters, viewers will be treated to a performance of 'Pretty Girls' by Britney Spears and Iggy Azalea, as well as songs from Hozier, Nicki Minaj, Wiz Khalifa, Mariah Carey, Nick Jonas and Fall Out Boy, with Kanye West closing the event.

Ahead of the ceremony, 'Shake It Off' hitmaker Taylor Swift has been teasing her star-studded short film for 'Bad Blood' which will premiere at the beginning of the evening, featuring Gigi Hadid, Lena Dunham, Kendrick Lamar, Jessica Alba, Ellie Goulding, Hayley Williams and Karlie Kloss.