Kylie Jenner and Tyga are reportedly ''obsessed'' with each other. 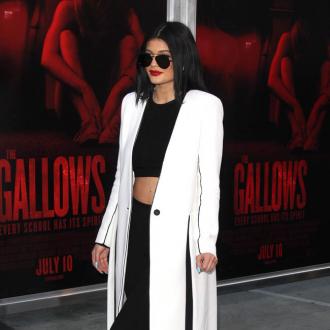 Kylie Jenner and Tyga are ''obsessed'' with each other.

The 'Keeping Up With The Kardashians' star has been dating the 'Rack City' hitmaker for a number of months and a source has claimed they can't get enough of one another.

They said: ''Kylie is equally as obsessed with Tyga as he is with her.''

And the 18-year-old beauty's mother Kris Jenner supports the pair's relationship ''big time'' but thought the couple getting intimate in the 25-year-old rapper's 'Stimulated' music video was a ''little much''.

The insider added to PEOPLE magazine: ''Kris thought the song was a little much. There's not much she could say since Kylie is an adult now.

''Kris actually supports their relationship big time. She thinks he is the next hip hop genius of our generation and wants to do anything she can to help him succeed.''

Meanwhile, a source previously claimed Kylie is desperate for her mother to take over managing duties for her boyfriend.

They said: ''Kylie knows Kris's connections could take Tyga's career to the next level. She thinks he can be the next Jay Z of his generation.

''She wants Tyga to appear in new episodes of 'Keeping Up With The Kardashians' to gain greater exposure, and Kris holds the key to that move. But Kris doesn't just give away screen time to anyone.''