Kylie Jenner wants to make her new $2.7 million mansion in Calabasas, Los Angeles a ''love nest'' for her and her boyfriend Tyga. 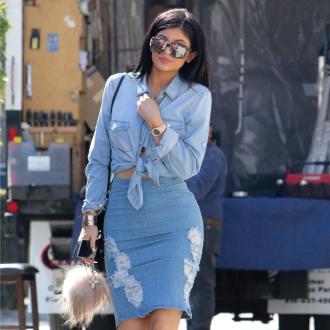 The 'Keeping Up With The Kardashians' star is keen to make her $2.7 million mansion in Calabasas, Los Angeles a space for both her and her boyfriend, rapper Tyga, to enjoy.

A source said: ''Kylie is super excited about it. They've been dating for a while now and she bought the house with the idea that this would be their little love nest.''

The 17-year-old star is so keen to see the 25-year-old rapper hang out with her there as much as possible that she has asked him to help her decorate.

The source added: ''Kylie wants him to feel like it's his place, too.

''They may set up a music studio for him in one of the rooms.''

The proposed studio may not just be home to the 'Rack City' hitmaker as Kylie is keen on having a go at recording some of her own tracks.

A source said previously: ''Kylie wants to be a rapper - she loves Iggy Azalea and thinks she could be on her level, with Tyga's help.

''He actually thinks Kylie has some talent but tells her she needs to polish her lyrics before he'll agree to do a song with her.''

And in regards to her new home, Kylie has drafted in help from her mother Kris Jenner, who recently revealed the star is going for an ''edgy'' interior design.

She said: ''Kylie is more edgy. She likes more blacks and grays and Kim [Kardashian West] likes more cream colours... Kylie is definitely the edgy one.''