Kylie Jenner reportedly crashed her new Range Rover on Thursday night (14.08.14), less than two weeks after getting it for her 17th birthday. 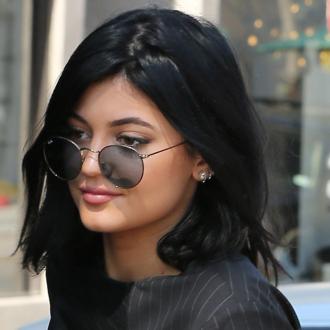 The 'Keeping Up with the Kardashians' star, who got the $90,000 black SUV shortly before her 17th birthday last Sunday (10.08.14), claims she was driving home from Katsuya in Glendale, California when she was hit by another driver.

The fashion designer told her parents, Bruce and Kris Jenner, who are believed to given her the vehicle late last month ahead of her birthday celebrations, that a woman swerved into her lane and rear ended her, according to gossip website TMZ.com.

The accident resulted in thousands of dollars in damage to the Range Rover.

Kylie received a $125,000 Mercedes SUV for her 16th birthday last year, shortly after passing her driving test, but crashed it less than three weeks later.

She has also allegedly received multiple traffic tickets since getting her license.

Her 18-year-old sister, Kendall Jenner, also received a $90,000 black Range Rover from Bruce and Kris for her 16th birthday in November 2011.

A source said at the time: ''Kendall was thrilled and jumped right in the car with friends.

''She spent about 15 minutes in there checking everything out, oohing and aahing over the car. She was in the driver's seat and her friends were crowding around her inside the car.''