Kylie Jenner is secretly recording her debut album with rapper boyfriend Tyga, who is helping her to write and produce most of the tracks. 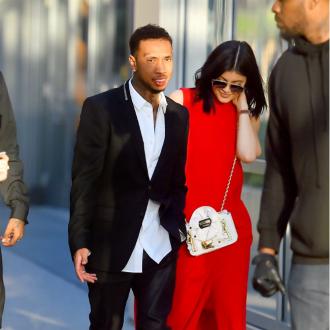 The 17-year-old reality TV star is reportedly ''leaning on'' her rapper boyfriend Tyga, 25, in the studio, as he is helping her to write and produce most of the tracks.

A source close to the 'Keeping Up with the Kardashians' star told Us Weekly magazine: ''She's secretly working on an album that he is producing. Tyga is helping her write.''

The brunette beauty started taking singing lessons last August and has shared videos of herself singing on Instagram, but recently claimed she wasn't sure whether she wanted to pursue a career in the music industry.

She told 'Entertainment Tonight': ''No... I don't know. I like to keep all that to myself but I am really excited I'm coming out with... a new website this summer. I am just super excited about that... everyone wants to see my make-up tips and what I do with my hair and this and that. So, I just want to do tutorials and show what I use because I feel people are really interested in that.''

Kylie's mother Kris Jenner recently insisted she is an ''amazing'' singer, but the teenager previously dismissed rumours she wanted to become the next Katy Perry.