Kylie Jenner says her mother Kris has always wanted to be her ''friend'' and her half-sister Khloe Kardashian is ''more of a'' mum to her. 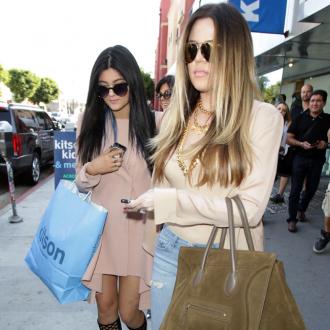 Kylie Jenner says Khloe Kardashian is ''more of a mum'' to her than Kris Jenner.

The 17-year-old reality star is close to all her family but her father Bruce Jenner was always the strict parent, as her mother is ''all about'' being her ''friend''.

She told Britain's Grazia magazine: ''I'm closest to Kendall. I spent every second with her growing up. After that it's probably Khloe. We like the same things.

''Khloe is more of a mum to me than my mum is sometimes. It was dad who was pretty strict when I was younger. My mum is all about being friends.''

The 'Keeping Up with the Kardashians' star recently admitted she is desperate to move out of her family home and plans to leave as soon as she turns 18 in August.

In an episode of the E! reality show, the teenager admitted she was fed up of her mother being on her ''case''.

She said: ''My mom is always on my case about this or that ... If we're gonna take a trip together, I just want to talk about things other than work.''

In fact, Kylie has already purchased a home and is currently redecorating so she can move into it when she reaches the milestone birthday.

The five-bedroom home is in a gated community in The Oaks, Calabasas, Los Angeles and reportedly will become a ''love nest'' for the television personality and her boyfriend Tyga.