Kylie Jenner insisted on being driven just 50ft to a bathroom because another backstage area at a Canadian nightclub was unsuitable. 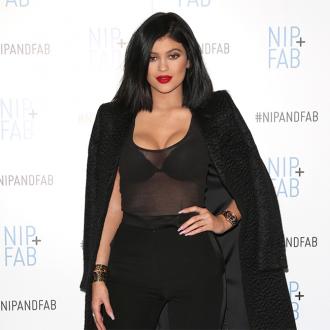 Kylie Jenner insisted on being driven 50ft to a bathroom.

The 'Keeping Up With the Kardashians' star - who turned 18 last week - was paid a huge $200,000 to party at the InList event at Beachclub in Quebec on Sunday (16.08.15), but when the backstage facilities weren't ''up to standard'' for her, she insisted on being moved to a nearby area, but refused to travel on foot.

An insider told the New York Post newspaper's Page Six column: ''Kylie was escorted to the VIP restroom to change her outfit, but decided it wasn't up to standard and asked to be taken back to her car by security and then driven 50 to 100 feet to another, evidently more suitable bathroom.''

Meanwhile, Kylie has reportedly been offered $10 million to become an adult movie star.

Vivid Entertainment sent the brunette beauty a formal offer which states they will pay her the seven-figure sum for X-rated footage featuring her with her rapper boyfriend Tyga.

The racy recording was eventually bought and released by Vivid Entertainment under the title 'Kim K Superstar' after Kim dropped a lawsuit and settled for $5 million.

In the letter to Kylie, Hirsch wrote: ''Kim's sex tape helped launch her career and would be nothing but positive for you.''