Kylie Jenner says the secret to her seemingly enhanced cleavage is a Victoria's Secret bra. 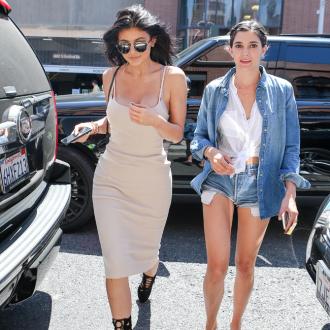 Kylie Jenner has revealed the secret to her impressive cleavage.

Despite reports the 18-year-old reality TV star has had breast implants, Kylie - who has admitted to having lip fillers - revealed her enhanced look is down to a Victoria's Secret bra.

She explained: ''I don't share this with a lot of people, but everyone thinks I've gotten breast augmentation recently, but I haven't. I just use the Bombshell by Victoria's Secret. It's life-changing. I've gotten all my sisters on it and all my friends.

''Clearly, it's like 10 times bigger - no contouring, no nothing. This is all padding. I think it makes your breast look great and girlie. This is it. No breast implants. No surgery. Nothing. It's amazing. So if you guys want this look, here's my secret.''

Kylie revealed the trick on her newly launched website TheKylieJenner.com and accompanying app, which gives fans an insight into her beauty routine and fashion choices.

Kylie's sisters Kendall Jenner, Kim Kardashian West and Khloé Kardashian have all announced their own apps and websites.