Kylie Jenner was allegedly to blame for crashing her car last week, despite claiming it was the other driver's fault. 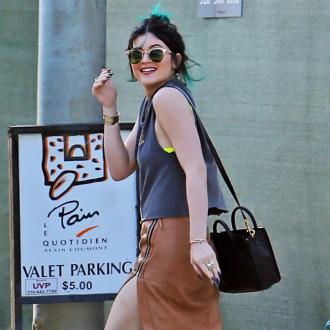 Kylie Jenner was allegedly to blame for causing a car crash in California last week.

The 'Keeping Up with the Kardashians' star reportedly made an illegal U-turn and smashed her $90,000 black Range Rover into an oncoming vehicle whilst driving through Katsuya in Glendale last Thursday (14.08.14).

The other driver's lawyer Gary Daglian also claims the 17-year-old beauty was ''aggressive'' towards his client after the smash and even tried to persuade the alleged victim to not call the police in exchange for money.

Mr. Daglian told gossip website TMZ.com the accident was so bad that his client even ended up in hospital.

However, Kylie had reportedly told her parents, Bruce and Kris Jenner, immediately after the crash that a woman swerved into her lane and rear ended her.

The accident resulted in thousands of dollars in damage to the fashion designer's SUV, which was believed to have been an early birthday present last month from her mother and father.

Meanwhile, this isn't the first time Kylie has been involved in a car crash as she also smashed up her $125,000 Mercedes SUV, which she received for her 16th birthday last year, shortly after passing her driving test in August 2013.

She has also allegedly received multiple traffic tickets since getting her licence 12 months ago.