Tyga has reportedly axed his Brazilian tour after girlfriend Kylie Jenner allegedly banned him from performing there. 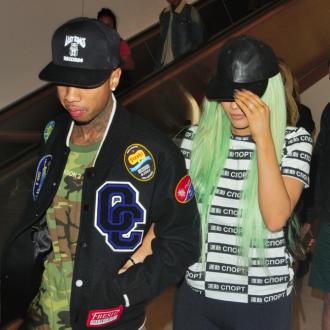 The 25-year-old rapper, who has been dating the 18-year-old reality TV star for more than a year, is reportedly facing a $400,000 fine after pulling out of a number of upcoming concerts ''because he was stopped by his current girlfriend.''

In a statement, obtained by the MailOnline, furious local promotors claimed that Tyga's representatives informed them earlier this week that ''he would not be coming to Brazil for his shows because he was stopped by his current girlfriend, media personality and socialite Kylie Jenner.''

Alexandre Stocco of AS Productions and Andrew Marques of Amarx Productions added: ''We are very upset in finding out an artist lacks the professionalism and the love for Brazilian fans, and allows something personal to interfere with his work schedule.''

The 'Stimulated' hitmaker was due to kick off his short tour in Sao Paulo today (24.09.15) before moving on to three other cities.

A number of his fans suggested on Twitter that Kylie intervened because she feared he might receive too much attention from other women.

It was originally reported Tyga was forced to axe the gigs because he didn't have the correct working visa.