Kylie Minogue and Jason Donovan duet back on

Kylie Minogue and Jason Donovan will perform their 1988 hit 'Especially For You' at the 'Hit Factory Live - Christmas Cracker' concert later this month. 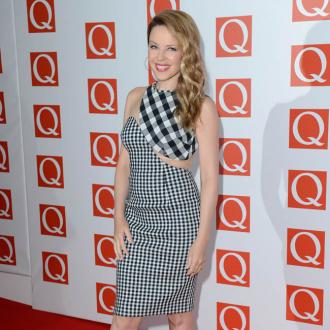 Kylie Minogue and Jason Donovan will perform together this month.

The former couple will take to the stage at the 'Hit Factory Live Christmas Cracker' - which had been due to take place in London's Hyde Park in the summer - event at London's The O2 venue on December 21 to perform their 1988 single 'Especially For You', for the first time ever live.

The performance had been in doubt following the rescheduling of the show - set up to celebrate the work of songwriters Mike Stock, Matt Aitken and Pete Waterman, who had hundreds of hits in the 80s and early 90s - but organisers have now confirmed it will happen.

Kylie recently admitted she was desperate to be at the gig because she had been looking forward to singing the track.

Speaking after the cancellation of the original show, she said: ''I felt for people when it was cancelled. It was so touching, the level of excitement.

''We did the rehearsal two days before and Jason and I looked at each other and realised we had never done it live, as it was released back in the mime days of 'Top of the Pops'.

''We have done it live three times in rehearsals but that's it.''