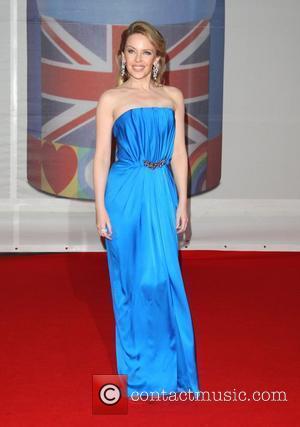 Kylie Minogue and Jason Donovan are rumoured to be reuniting to perform at a special tribute concert in honour of legendary pop production team Stock Aitken Waterman.
The hitmakers - Mike Stock, Matt Aitken and Pete Waterman - celebrate the 25th anniversary of their time in the spotlight this year (12) and the occasion will be marked by a star-studded gig in London in the summer (12).
Acts on the bill include recently reunited pop group Steps, as well as Sinitta, Sonia, Rick Astley, Dead or Alive, Bananarama, Pepsi and Shirlie and Brother Beyond.
Donovan is also included in the line-up and organisers have announced a "very special duet", last performed 23 years ago, will form part of the show - sparking rumours the singer will reunite with Minogue for a rendition of their popular 1988 single Especially for You, which was penned by the songwriting trio.
The concert will take place in London's Hyde Park on 11 July (12) and proceeds from ticket sales will be donated to Cancer Research UK.