Kylie Minogue and Stevie Wonder are the latest acts to be confirmed for the Queen's Diamond Jubilee concert on June 4. 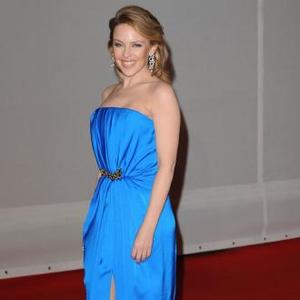 Kylie Minogue will perform at the Queen's Diamond Jubilee concert.

The 'Spinning Around' singer is the latest act to be confirmed for the June 4 bash in London, along with Motown star Stevie Wonder.

She told Digital Spy: ''I'm honoured to be invited to perform at the Diamond Jubilee Concert.

''To share the stage in front of Buckingham Palace with music legends including Paul McCartney, Stevie Wonder, Tom Jones and Elton John in celebrating the Queen's Diamond Jubilee is very exciting.''

Meanwhile, Kylie has jetted Down Under to perform at Sydney's Mardi Gras on Saturday (03.03.12) as part of her continuing 25-year anniversary celebrations.

Having not sung at the event for 14 years, the 43-year-old Australian is looking forward to catching up with her homegrown fans - although she might need a power nap before the high-energy show.

She told the Star Observer: It's going to be interesting for me to see what it's like, having last been there in '98. I'm actually trying not to think about it too much because I get a little too excited.

''I'll be getting off just as much as they're all getting off on being there. It's such a shared, special moment. It'll feel very free, with a very liberal air of people just doing what they want.