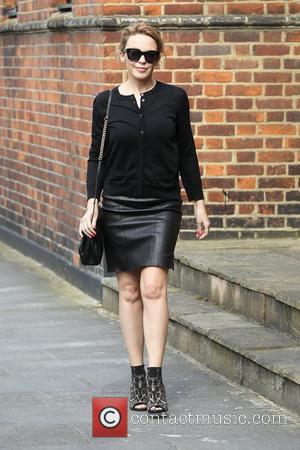 Kylie Minogue has been at the Cannes Film Festival this week as she promotes sci-fi fantasy film 'Holy Motors,' and the star admitted it was a pleasure to return to her acting roots, commenting "It felt good to be back on set."
"I took it very seriously," added Minogue, "I basically banned my entire entourage of coming with me. I kind of stripped myself of being Kylie and wanted to go back to being as basic as possible and pretty much be a blank canvas for Leos." The Leos Carax directed film sees a man, played by Denis Lavant, travel between parallel lives. For Minogue, it was just great to be back on a film set - the Australian described it as a "very open, very beautiful experience."
"Obviously, I'm kind of used to a different world which is the pop music world, but I began acting at the start of my career so it was nice to come back to that," she said. "There was a song in the film and I think I said to Leos: 'Oh, so that will be pre-recorded and then we'll mime it in the scene?' And he said: 'No, we'll do it live in the scene', and that was just magic to me." Continuing to gush, she added "I don't think that happens very often so it really was a chance to combine the two, but in a way to try to take everything away and just be as open as I could."