Kylie Minogue has signed to Jay-Z's record label Roc Nation who are very ''excited'' to welcome her to the family. 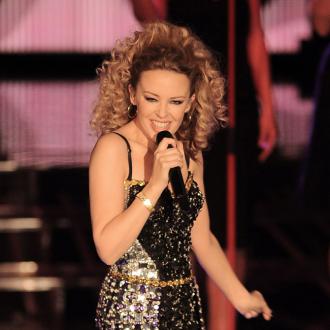 The 'Spinning Around' singer has become the latest addition to rap mogul Jay-Z's label - which also boasts the likes of Rihanna, Rita Ora and M.I.A - in a bid to revamp her musical image.

The pop star broke the news via Twitter, posting a picture of her blowing a kiss to fans while wearing a vest top emblazoned with the label's logo.

An official statement on Jay-Z's Life + Times blog expressed his delight with Kylie's decision to join his label and praised the 44-year-old singer's 25-year career.

The announcement read: ''Roc Nation would like to welcome Aussie singer, recording artist, songwriter, actress and designer Kylie Minogue to the family.

''She has released over 50 hit singles worldwide, including the Grammy-winning 'Come Into My World', and has sold more than 68 million albums worldwide.

''Needless to say, we're excited to have Kylie join the Roc fam (sic).''

Kylie will kick off her Roc Nation career by taking to the stage with Timbaland and Deadmau5 at their second annual post-Grammy benefit concert in Los Angeles on Sunday (10.02.13).