Kylie Minogue Taking 1 Million To Appear On 'The Voice' UK 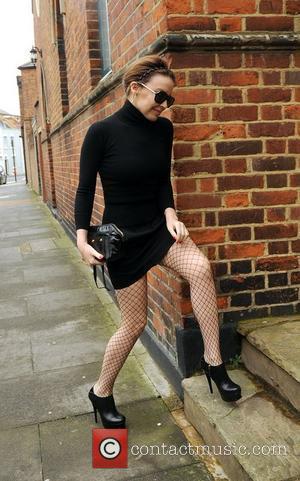 Kylie Minogue is set to pocket a whopping 1 million pounds to appear on the first UK series of the reality singing show 'The Voice', with suggestions she initially asked for an even more eye-popping 2.5 million. The news will cause consternation with Bbc staff looking nervously over their shoulders as the broadcasting company seeks to shed some 2000 jobs in order to save cash - indeed one worker is quoted in The Sun UK as saying "Great. Kylie gets another million quid, we get the sack"
A Bbc source told the paper "We won't break the bank for anyone," though did confirm the offer was accurate, meaning that Minogue will earn double what Bruce Forsyth receives for hosting the Beeb's current largest show 'Strictly Come Dancing.' It's believed that the legendary Tom Jones will join the Australian singer on the judging panel alongside Jessie J - who's already been confirmed. It's been a busy year for the 43 year-old, having been on tour around the world in support of her last studio album 'Aphrodite.'
'The Voice' has been hugely successful across the board since it debuted in the Netherlands - the premise of the competition being similar to that of the 'X Factor' but sees judges make their decisions based on voice alone, with their backs turned away from the performers.