Kylie Minogue is releasing an album of festive songs entitled 'Kylie Christmas' which will feature collaborations with her sister Dannii Minogue, Iggy Pop and James Corden. 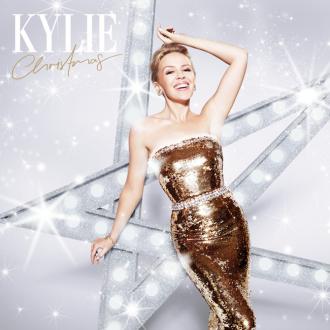 The pop star has been snowed under recording classic Yule Tide tracks for her LP 'Kylie Christmas' and will be joined by her sister Dannii Minogue for a duet on '100 Degrees.

Also helping Kylie spread the festive cheer are Iggy Pop and James Corden, while the late great Frank Sinatra will feature on her cover of 'Santa Claus is Coming to Town'.

'The Late Late Show' host Corden joins Kylie on 'Only You', while Iggy will duet with the diminutive beauty on a rendition of The Waitresses' hit 'Christmas Wrapping'.

The album - to be released on November 13 - will come with a DVD featuring video footage of Kylie singing six of the tracks at Angel Studios and Sarm Music Village and will be followed by a a Christmas concert at the Royal Albert Hall in London on December 11 which the 47-year-old singer has promised will be a night of ''joy''.

Kylie said: ''This year, it's a 'Kylie Christmas'. I cannot wait for you to hear these songs, it's so much fun. Get ready, it's gonna snow!

''To perform at the Royal Albert Hall will be a dream come true. I can't wait for December 11 to share a night of joy and celebration with everyone.''

1. It's The Most Wonderful Time Of The Year

5. Only You (With James Corden)

6. I'm Gonna Be Warm This Winter

13. Have Yourself A Merry Little Christmas

1. It's Most Wonderful Time of the Year

5. I'm Gonna Be Warm This Winter