Kylie Minogue Has Confirmed She Turned Down An Offer To Return To Her Roots In Hit Australian Tv Show Neighbours As Part Of The Soap's 30th Anniversary Celebrations. 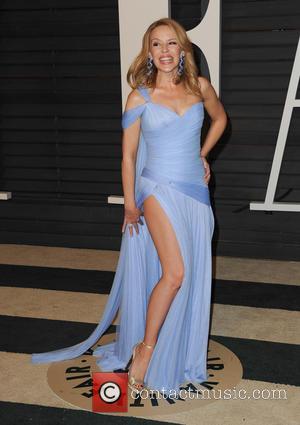 The pop superstar landed her big break playing Charlene Mitchell in the popular series in the 1980s, and producers had hoped Minogue would reprise the role and return to Ramsay Street for a special celebratory episode this year (15).

However, Minogue has revealed she passed up the opportunity but agreed to take part in a documentary charting the show's history.

She says, "I thought about it, but I don't know that it would do Charlene any favours. She's so from another time and so much time has passed that it wouldn't feel very genuine to me. It was something to think about, but in actuality I don't know if it would have worked. There's a lot of excitement about the anniversary. I took part in the documentary... I could have just kept talking and talking about Neighbours. There's so many happy memories. I'm looking forward to seeing what everyone else has had to say."

Minogue left Neighbours in 1988 after two years in the cast. Other former castmembers to take part in the documentary include Guy Pearce, Delta Goodrem and Margot Robbie. The Stars Reunite airs in Australia later this month (Mar15).

Kylie Minogue 'did an Adele' and re-watched Glasto set