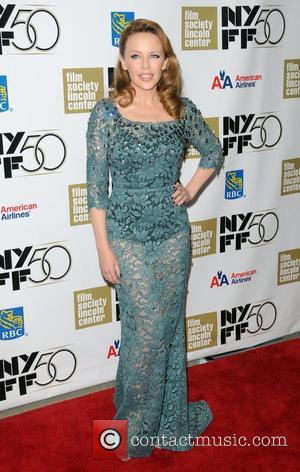 Pop star Kylie Minogue has vowed to perform with Jason Donovan at a special show later this year (12) after a London concert set to feature their most famous duet was called off.

The Australian singers were planning to perform 1980s chart smash Especially For You at a gig for music producers Stock, Aitken and Waterman at Hyde Park in July (12), but organisers axed the event at the last minute after heavy rain turned the site into a mudbath.

Both stars admitted they were saddened by the cancellation, and Donovan told his fans he hoped for another chance to hit the stage with his one-time girlfriend and former Neighbours co-star.

Now, Minogue insists she would be happy to appear at the rescheduled show in December (12) - if she can find the time.

She tells Britain's Daily Star, "I really felt for people when it was cancelled; it was so touching, the level of excitement. I was like, 'Oh, someone's gone and got a bubble perm and are all ready to go.'

"We did the rehearsal two days before and Jason and I looked at each other and realised we had never done it live as it was released back in the mime (lip-synch) days of Top of the Pops.

"We have actually done it live three times in rehearsals but that's it. They've revamped the show and I've said, 'If I'm available, I'll be there.' If it doesn't happen now, it'll be something to look forward to. My schedule to the end of the year is making me cross-eyed - I'm all over the place."