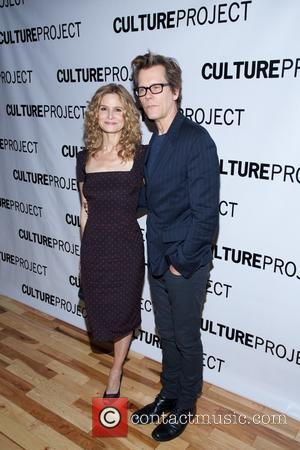 Actress Kyra Sedgwick has lost the end of her finger after a weekend (29-30Jun13) cooking accident.

The Closer star chopped off the tip of her digit while cutting up vegetables in her kitchen on Saturday (29Jun13), forcing her to make an emergency trip to the hospital.

Her husband, Kevin Bacon, alerted fans to Sedgwick's mishap on Twitter.com by uploading a photo of his wife holding her bleeding finger while seated in a medical waiting room.

He wrote, "Kale isn't always healthy... if you chop the end of your finger off."

The Footloose hunk later posted a snapshot of the actress with a large bandage on her hand, and tweeted, "My baby is fine. All good. Still can't find the tip of that finger."