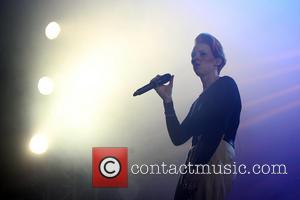 The Bulletproof hitmaker has blasted the machinations of a music industry that handed her no cash from her huge sales, insisting, "There's something not right about it."

She is adamant streaming services such as Spotify leave artists out of pocket, telling Digitalspy, "I hope one day it works and benefits the artist as much as I think it should. I think that's what all those services are hopefully trying to work towards, but at the moment it's difficult and there is so, so little money in music."

Jackson is adamant she only ever made money from radio play of the group's songs, and she believes part of the problem is having to pay tour earnings to her backing band, adding, "Until you start getting to much larger venues, if you've got a five-piece band like I have, you find it very difficult to break even. We don't break even. Thank God we're really passionate about what we do and we don't mind when we lose money. We will try to make money by moving up to larger venues and building ourselves up as a live act, so that's become unbelievably important, which has been great for the music industry."