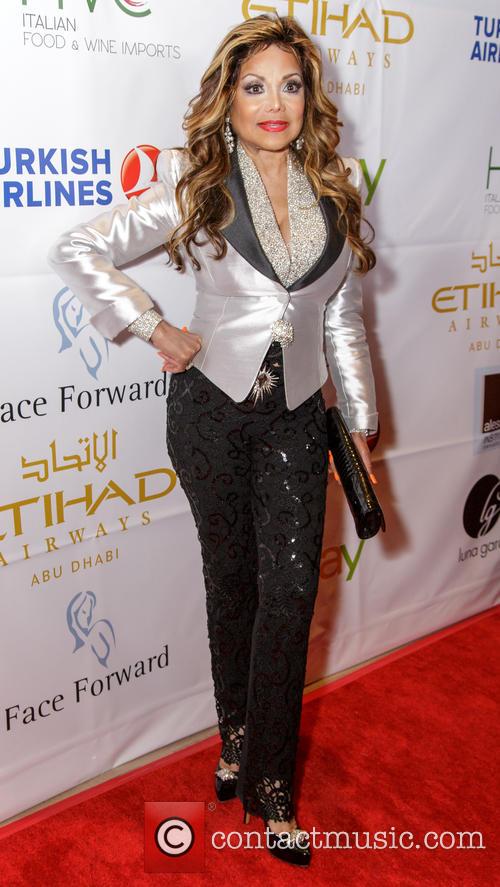 The legendary Purple Rain musician died at his Paisley Park estate in Minnesota on Thursday (21Apr16), aged 57, a week after he was hospitalised for the flu.

Further details about the cause of his death have yet to be released, but the shocking loss has brought back painful memories for La Toya, almost seven years after the passing of her brother, Michael Jackson, in 2009.

"This is a sad, sad, sad day," she told CNN. "I never thought that this would come again, you know, that same feeling that just brings back memories of my brother, losing him. It's that same feeling that overwhelms you, that comes across your entire body, and you feel helpless, like, 'Oh my gosh'. I can't believe it. We're devastated and shocked by this news."

La Toya went on to remember Prince as "a very good friend of the family", recalling the days when they used to go rollerskating together during their youth.

"It was always tons of fun, because he was such a great rollerskater, he was so co-ordinated, and it was always happy times," she smiled. "Those memories will always stay with me, now especially, in this moment, because you want to grab onto something... and it makes you feel warm and happy about it...

"He was always such a lovely gentleman. He was so kind and so sweet, and always a man, and that's what I really liked about him, because sometimes it's difficult to find that today."

The R&B singer revealed she immediately called her mother, Katherine, when she heard the sad news, and the Jackson family matriarch broke down in tears.

"She said, 'I know what you're gonna say', and she started crying," La Toya recounted. "She said, 'He was like my son. It reminds me of Michael,' and I said, 'I know mother, I'm feeling the same thing.'"

Paying tribute to his astounding musical ability, she continued, "He was an extraordinary talent. I always say that Michael was an incredible talent. Well, Prince was there too... They just had so much charisma when they were onstage, and Prince was one of those artists that whenever he was onstage, it was hard to get him off! He loved what he did. He would like to keep performing... which was really wonderful, really great, and that's what I loved most about him, the fact that he loved his art, he loved what he did, and he was excellent at it.

"He was great at everything he did... It saddens me to even think that he's no longer with us... He's another one who's extraordinarily talented and gone too soon... I can't stop shaking because it's hard to believe."

La Toya also posted a photo of Prince on her Instagram page, which she captioned, "What a sad day today! Terribly sorry to hear that #Prince has passed! What an incredible talent we've lost! Another one going to (sic) soon! #ripprince".