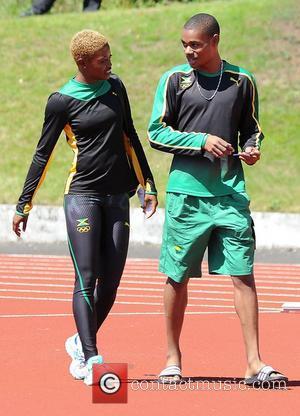 La Toya Jackson has given her official stamp of approval to a pair of synchronised swimmers who performed a Michael Jackson-inspired routine at the London 2012 Olympics.
Russian teammates Natalia Ischenko and Svetlana Romashina donned sparkling bathing suits emblazoned with the King of Pop's image and performed his trademark dance moves to his track They Don't Care About Us in the technical round this week (begs30Jul12).
The duo went on to win gold over Spain, and Michael's older sister La Toya was thrilled with their accomplishment.
She tells Tmz.com, "I'm thankful for the honour that the Olympian swimmers paid to my brother Michael's memory. It is so wonderful to see how many global fans he has!"