Lady GaGa and Taylor Kinney celebrated their one year anniversary on Sunday (05.08.12) with a meal out in Chicago, Illinois. 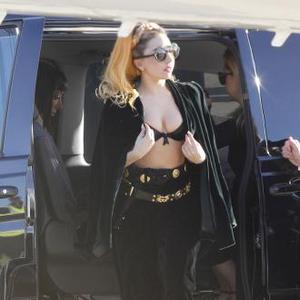 Lady GaGa and Taylor Kinney celebrated their one year anniversary on Sunday (05.08.12).

The 'Born This Way' singer and the actor toasted their first year together by enjoying a dinner date with friends in Chicago, Illinois, where they dined on caviar and oysters with four friends.

The 'Paparazzi' hitmaker and the 'Vampire Diaries' hunk were first linked to each other last summer when he played her love interest in her video for 'You and I', and while the pair briefly split in May, it looks like their relationship is back on track.

Gaga wasn't the only artist in Chicago last weekend as a number of stars including Red Hot Chili Peppers, Florence + the Machine, Calvin Harris and Jack White were all in town for the Lollapalooza festival, which is held at Grant Park.