Lady GaGa is being lined up for cameo role in the new 'Muppets' movie as cast and crew are keen to get her onboard. 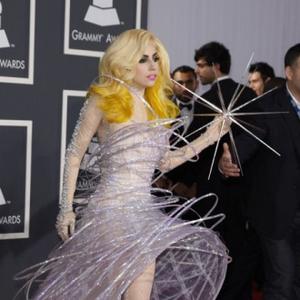 Lady GaGa is set to have a cameo role in the new 'Muppets' movie.

The eccentric singer appeared on the red carpet with the movie's star Kermit the Frog at the 2009 MTV Video Music Awards and now producers are keen for them to reunite on the big-screen.

Actor Jason Segel - who is signed up for the movie - said: "We are hoping to get Lady Gaga, but we hadn't heard anything yet. I literally don't know."

As well as the Lady Gaga rumours, Jason also addressed reports the film - which will be the first franchise movie since 1999 - will be in 3-D, saying he didn't think it would happen.

As well as starring in the film, Jason has written The Script alongside Nicholas Stoller, who penned 'Get Him to the Greek'.