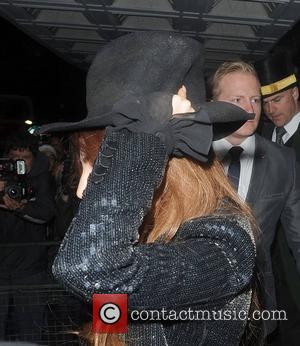 Lady GaGa is now the proud owner of 55 pieces of Michael Jackson memorabilia she purchased at an auction on Sunday (02Dec12).

A number of the King of Pop's most iconic stage costumes went under the hammer at Julien's Auctions in Los Angeles, and Gaga was among the collectors who turned up to bid.

The Bad Romance singer tweeted photos of herself and her bidding paddle at the sale, and later promised followers she would look after the 55 lots she purchased.

In a post on Twitter.com, she writes, "The 55 pieces I collected today will be archived & expertly cared for in the spirit & love of Michael Jackson, his bravery, & fans worldwide."

A portion of the proceeds will be donated to the Guide Dogs of America and Nathan Adelson Hospice of Las Vegas.