Lady Gaga Cast As Alien In 'Men In Black 3' 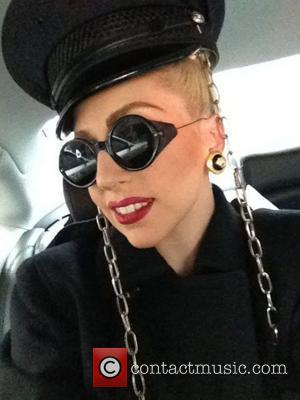 Picture: Lady Gaga posted this picture on Twitter with the caption 'So happy! The Stage is more than I could dream for, time to kill the...

You kind of suspected it of both of them, Lady GaGa is possibly too eccentric for anyone on earth to comprehend, whilst there's something almost unnatural about the squeaky clean appearance of 18 year-old pop sensation Justin Bieber, and now the news is out! The pair are aliens! Before all you conspiracy theorists start smugly donning your tin hats though, we should point out that Gaga and Bieber's supernatural origins have only been recognised in the fictional world of 'Men In Black Iii.'
Yes, fans of the past two films will be well aware of the Mib headquarters "alien board" which in the past has seen celebrity names including Steven Spielberg, Michael Jackson, George Lucas, Isaac Mizrahi and Martha Stewart listed as aliens - and we'd have to say there've been strong cases for each.
With the third instalment finally getting readied, director Barry Sonnenfeld has been telling Collider who's set to appear on the updated board. "The challenge is getting celebrities that are famous, will give you permission and won't be like, 'Who's that guy?' in ten years," he said, adding "In this one there are a few people that you'll see up on the surveillance board including Lady Gaga, Tim Burton, who probably knows more about aliens then I do, and let's see who else . . . Justin Bieber." 'Men In Black Iii' comes out at the end of May 2012.