Lady GaGa is looking forward to getting her performance ''fix'' at the iHeartRadio festival in Las Vegas this weekend. 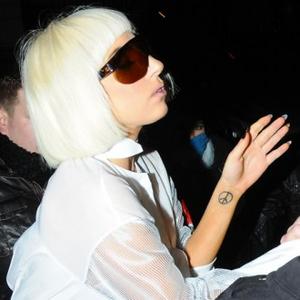 Lady GaGa is looking forward to getting her performance "fix" this weekend.

The 'You and I' hitmaker has largely been away from the stage since the end of The Monster Ball Tour in May, and is itching to take to the stage in Las Vegas this weekend at the iHeartRadio festival.

Speaking on Ryan Seacrest's KIIS FM radio show, she said: "I just wanted to make it really special and to be honest I'm really needing a fix from a performance standpoint, because I haven't been on stage for a few months now.

"I miss the fans so much, I feel the most alive when I'm onstage

"I have been joking all week that I want to go tot sleep and to wake up and it's Saturday.

Gaga â who will close the event tomorrow night (24.09.11) â added she has redesigned parts of her stage show since The Monster Ball Tour, which she will debut tomorrow.

She said: "I'm only supposed to play for 45 minutes, but because I'm the last act I may be able to go on a little longer.

"I've filmed some films for it, all new films, new music and choreography, and special custom costumes from Versace. We're so excited."

Gaga also teased she "may have" a special gust performer in one of the other artists who is appearing at the two day event, although she refused to name who.