Lady GaGa has made a music video with the stars of 'The Real Housewives of Beverly Hills' after admitting she's a big fan of the show. 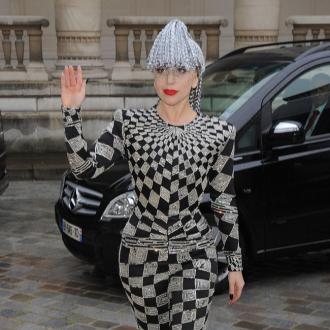 Lady GaGa has made a music video with the stars of 'The Real Housewives of Beverly Hills'.

The 'Applause' singer is a big fan of the American TV show and decide to called upon the glamorous ladies for a secret project, according to UsWeekly.

She is thought to have enlisted the help of current stars Lisa Vanderpump, Kyle Richards, Kim Richards, Brandi Glanville, Yolanda Foster, Joyce Giraud de Ohoven and Carlton Gebbia, who are all said to feature in the video.

It is rumoured to be the star's third single 'Gypsy' from her latest album 'ARTPOP' and was filmed shortly after the show's reunion special on Bravo.

The song follows the release of her track 'Do What U Want', a collaboration with R Kelly.

The 27-year-old singer also asked Bravo boss Andy Cohen to cameo in the new video after telling him she is a huge fan of the entire franchise.

Gaga said she likes ''all the cities'' and loves watching Lisa ''mostly because she doesn't give any f**ks.''

When asked what her tagline would be if she was on the show, she joked: ''They may say I'm all woman, but underneath, I'm all man.''