Lady GaGa appeared onstage with Yoko Ono to pay tribute to John Lennon at a concert in honour of the Beatles singer's 70th birthday this weekend. 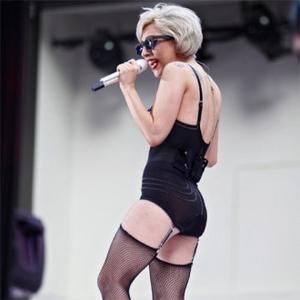 The 'Poker Face' singer joined Yoko and a version of her and John's Plastic Ono band in Los Angeles where they played a show to mark what would have been Beatles singer's 70th birthday this coming Saturday (09.10.10).

Yoko paid tribute to Gaga, calling her: "So brilliant and such an inspiration to so many Women."

Also playing alongside Yoko for the evening were John's son Sean Lennon as well as Sonic Youth members Thurston Moore and Kim Gordon. New York artist Vincent Gallo and rapper RZA also made appearances with the group, as well as a number of other guest stars handpicked from the avante garde art world by Yoko.

Gaga later tweeted: "WE ARE PLASTIC ONO. I got to sit in as a guest musician tonight, what a legendary band+mother, Yoko (sic)."

The evening ended with a performance of 'Give Peace A Chance' featuring an all star cast, and ended with Yoko and Gaga atop a piano.

Other concerts paying tribute to John - who was assassinated in 1980 in New York - will take place in his hometown of Liverpool in England, in New York and in Iceland.