Lady GaGa has admitted that she fights a daily battle with depression and anxiety. 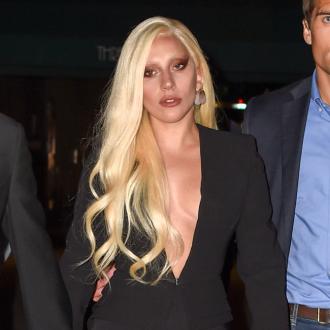 The 29-year-old singer and actress admitted that she fights a daily battle with depression and anxiety and has spoken out about her mental health in order to let others know that they are not alone.

She told Billboard: ''I've suffered through depression and anxiety my entire life, I still suffer with it every single day. I just want these kids to know that that depth that they feel as human beings is normal. We were born that way. This modern thing, where everyone is feeling shallow and less connected? That's not human.''

Gaga has previously revealed she was sexually assaulted at the age of 19 and new song 'Til It Happens to You', co-written with Oscar-nominated songwriter Diane Warren draws upon that experience.

Gaga explained: ''We don't have to be victims. If we share our stories and stick together, we're stronger. It's hard to listen to that song, it's hard to watch it. Diane really held my hand. I was like, 'I've done a lot of things Diane, but can I do this?' She was like, 'You can do this.' It was extremely cathartic to know that not only am I not alone, but that other men and women aren't alone - we all have each other. Even outside of rape culture, there are a lot of people silently in pain about extremely traumatic things.''

The singer admitted it took her a long time to come to terms with the attack.

She said: ''The hardest part for me was the self-acceptance. There's an inability to acknowledge to yourself, 'Not only did this happen, but I'm pretty f****d up about it.' And nobody knows how you feel. I didn't tell anyone [about my sexual assault] for years - and I didn't tell anyone for years because I didn't tell myself for years. And my soul just burnt out until it was gone. And then you have to admit you were in pain, and that you died in a way, but you are in control to bring it back, and there are people in the world who'll help you.''