Lady GaGa Is Teaming Up With Bosses At Toy Firm Mattel To Help Spread Her Born This Way Foundation's Message Of Youth Empowerment. 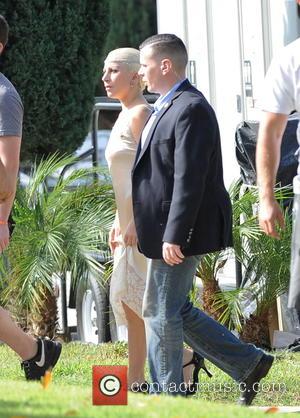 The pop superstar founded the non-profit charity with her mother, Cynthia Germanotta, in 2012 to tackle bullying and boost the confidence of young fans, and now she has inked a deal with Mattel chiefs to promote her cause in conjunction with their Monster High line.

"This collaboration is a wonderful and unique opportunity to meet young people where they are, a crucial first step toward building a kinder and braver world."

The Monster High line features dolls based on the children of famous monsters, and was created to teach youths the importance of acceptance and individuality, according to The Hollywood Reporter. The three-year collaboration is particularly fitting as Gaga calls her fans her "little monsters" and refers to herself as "Mother Monster".

"Together, using our global reach and platform, we can find ways to positively affect the next generation of kids by creating a kinder and braver community for young people," adds Monster High senior vice president Lisa MCKnight.

The news emerges weeks after Gaga and her mother were honoured by officials at the Columbus Citizens Foundation Gala in the singer's native New York City; they were presented with the organisation's humanitarian award for their work with the Born This Way charity.

The superstar admitted the event was particularly special for her family as they have long been involved in the Columbus Citizens Foundation, which provides support for Italian-Americans.

"I've been spending time at the Columbus Citizens Foundation since I was 14 years old," she told America's ABC News. "I was a little girl and my mum and dad were involved, and my father was on the advisory board to help raise money for young Italian immigrants to go to grade school, middle school and college. It's a place that I remember fondly that was all about family and community and taking care of each other."