Lady GaGa used to smoke cannabis because it made her feel like she was in her teens again and helped her forget her current level of fame. 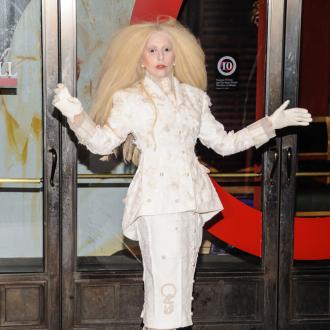 The 27-year-old singer has openly admitted to being addicted to the drug in the past, but she insists she became reliant on it because it helped her forget her level of fame and made her feel like she was a teen again.

During an interview on the 'Alan Carr: Chatty Man' talk show, she revealed: ''The thing that I really fell in love with about it is that I completely forget that I'm famous just totally forget about it, and I just take a puff and I'm me when I was 17 again, in my white go-go boots, looking for a job on the lower east side, and there's something quite creative and liberating about it.''

However, the 'Applause' hitmaker recently vowed to curb her drug use and wild behaviour because she doesn't want to die young, like Amy Winehouse.

The late 'Rehab' hitmaker and stars including Kurt Cobain, Jimi Hendrix and Jim Morrison all died aged of 27, but Gaga is adamant she'll make it to her 28th birthday next March and beyond.

She said previously: ''I want to live and I want my fans to live. I don't want them to torture themselves in the way I have.

''I want to show people that I will last past 27 and I will last longer, and so will you.''