Lady GaGa wants Justin Bieber's manager Scooter Braun to help save her career after being left disappointed by the sales of her last album 'Artpop'. 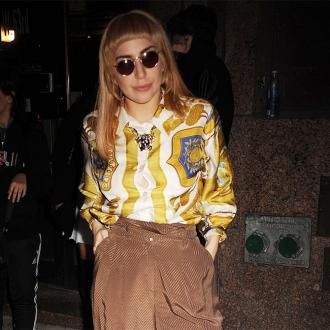 The 'Do What U Want' hitmaker is considering getting help from Scooter Braun, who helped Justin to become a global superstar, after being left disappointed by the sales of her last album 'Artpop', while her latest track 'G.U.Y' didn't even made the American Top 40.

An industry source told The Sun newspaper: ''If anyone can help Gaga now it's Scooter.

''He's one of the smartest blokes in the music industry and made Bieber into the biggest pop star on the planet.

''There are a few options for her but Scooter is one of them.''

The 28-year-old singer parted ways with her former manager Troy Carter last year citing ''creative differences'' and she hired Bobby Campbell, who used to work for her original team.

The source added: ''Scooter's also the one who has to get Justin out of his scrapes. Gaga's next album will be make or break.

''At the moment she's still to decide who will manage her.''

Despite Gaga's disappointing record sales, her current tour 'ArtRave: The Artpop Ball' has been a success, although she has had to cancel two live shows in America this month in Seattle and Vancouver due to severe bronchitis.

She took to Twitter yesterday (29.05.14) to apologise to fans for the inconvenience, writing: ''I'm devastated I'm unable to perform this week. Ursula took my mermaid voice. I've come down with horrible Bronchitis (sic),'' making reference to the fictional sea witch from 'The Little Mermaid', who uses Ariel's voice to cast a spell in the popular Disney movie.

Gaga also insisted she would reschedule the cancelled shows so fans could see her live.