Lady GaGa has joined the line-up of stars who will take to the stage at the American Music Awards next month. 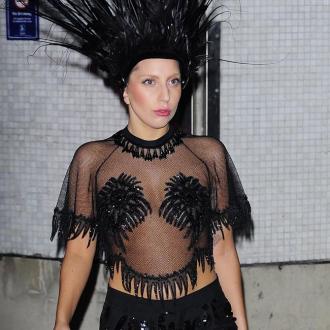 Lady GaGa will perform at the American Music Awards next month.

The 'Applause' singer will join Miley Cyrus in the line-up of stars who will take to the stage at the ceremony held at the Nokia Theatre in Los Angeles on November 24.

The announcement follows reports that One Direction are set to make their on-stage debut at the annual awards, and it's highly likely the boys - Harry Styles, Zayn Malik, Liam Payne, Louis Tomlinson and Niall Horan - will perform their new single 'Story of My Life', taken from their third album 'Midnight Memories', which is due for release a day later (25.11.13).

'Thrift Shop' hitmakers Macklemore & Ryan Lewis are also confirmed to perform at the AMAs after previously leading the nominations with six nods, including consideration for Artist of the Year, Single of the Year and New Artist of the Year.

Following closely behind is Justin Timberlake, who has been named in five categories, as has 'I Knew You Were Trouble' singer Taylor Swift.

Other highly anticipated performances on the night will include Kendrick Lamar, who made waves this year with breakthrough album 'Good Kid, M.A.A.D. City', and country star Luke Bryan.