Lady Gaga to play herself in new movie

Lady GaGa will reportedly film a cameo as herself in Matthew Vaughn's new British spy thriller 'The Secret Service', joining a host of A-list stars including Adele and David Beckham. 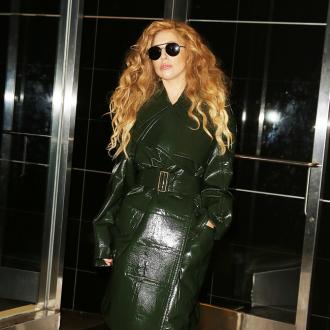 Lady GaGa is set to play herself in Matthew Vaughn's new film.

The 'Applause' hitmaker is the latest celebrity being lined up for a cameo in the director's British spy thriller 'The Secret Service', however, unlike Taylor Swift and David Beckham - who have been rumoured for parts in the film - Gaga is expected to play an exaggerated version of herself.

A source told The Sun newspaper: ''Gaga only had to commit one day to film her scenes early next year. She's such an Anglophile she didn't take much persuading.''

'The Secret Service', which is based on a graphic novel by Mark Millar and Dave Gibbons, will follow Colin Firth as a suave secret agent who is tasked with teaching the tricks of the trade to his young protégé.

Singer Gaga has been stretching her talents across the film world after landing her debut acting role in Robert Rodriguez's dark action movie 'Machete Kills', which is due for release later this year.

Gaga also filmed a cameo for next year's 'Sin City: A Dame to Kill For', and co-star Joseph Gordon-Levitt recently said she ''nailed'' the performance.