Lady Gaga to sing in space

Lady GaGa will sing in space in 2015 and is undergoing vocal training to ensure she can still hit the right notes while weightless. 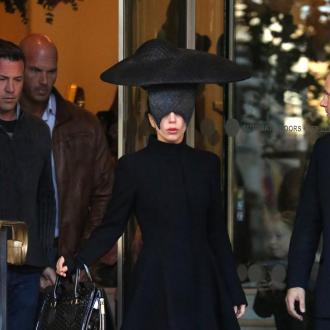 The 'Applause' hitmaker will embark on a space mission with Virgin Galactic flights and is reportedly planning to have vocal training to ensure she can still hit the correct notes in a gravity-free environment.

A source told Us Weekly magazine: ''She has to do a month of vocal training because of the atmosphere.''

Gaga is set to make history by becoming the first celebrity to perform in space.

The source explained: ''[This will be] like nothing the world has seen before.''

The 27-year-old star will perform on the third day of the Zero G Colony festival which takes place at Spaceport America in New Mexico approximately six months after the first Virgin Galactic commercial flight, and has taken the necessary precautions to ensure she is protected against the worst possible outcome.

The source added: ''Gaga has taken out a ridiculous life insurance policy!''

Sir Richard Branson's Virgin Galactic programme launches next year and a list of stars including Ashton Kutcher and his girlfriend Mila Kunis, Justin Bieber and Leonardo DiCaprio have confirmed they have bought seats to fly to space for $250,000 each.

Many passengers have also visited Richard's Necker Island to complete G-force training. The craft they will fly in, SpaceShipTwo, was unveiled in the Mojave Desert in California in 2009.

The first ever two-hour flight in the planet's orbit will be boarded by Richard and his family.

Passengers on the crafts will travel 62 miles in altitude - the internationally recognised boundary of outer space - and experience weightlessness and an incredible view of the curve of the Earth.