Lady GaGa says she wants to inspire her fans around the world now she has achieved her music dream. 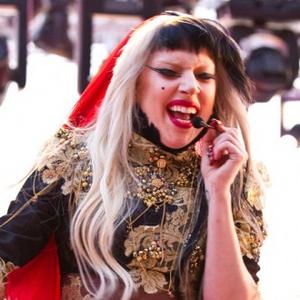 Lady GaGa's ambition is to inspire the dreams of her fans.

The 25-year-old singer has worked hard to achieve her ambition of worldwide pop success and now believes it is her responsibility to motivate her millions of supporters.

She said: "For me, my dreams have become a reality and have changed. Now my dream is to persuade the dreams of others. I want my fans to reach the stars and beyond for themselves."

Gaga - whose new album 'Born This Way' has gone to number one in over 20 countries - insists her fans, who she calls her "Little Monsters", are the most important thing to her and she doesn't like it when people suggest she has groupies.

Speaking at the Schlosshotel Bensberg in Bergisch Gladbach, on the outskirts of Cologne, in Germany, Gaga told BANG Showbiz: "My 'Little Monsters' are a race. I don't like that word - groupies. It implies that they just hang around. I have wonderful people that travel with me all over the world that are my best friends and my creative partners. I don't like the word groupie."

Gaga is adamant fame hasn't changed her, because she has always felt famous, even when she was taking the first fledgling Steps of her career.

She said: "I always felt famous. Because, I think, fame comes from inside. I don't believe that it's something that you can touch. It's not real. It's all how you allow it to affect your life. I felt so famous when I was living in New York all alone and nobody knew who I was. But I'd put my little top and panties on and run down to the drug store and go meet my friends for a drink. Then I would go out and play a show and I thought I'd made it. And I think now, the fame is not so much about the attention and the cameras. It's much more about The Influence and the impact I could potentially have on my fans and on the world. And that's what's most important to me - now that I am here, what am I gonna do?"