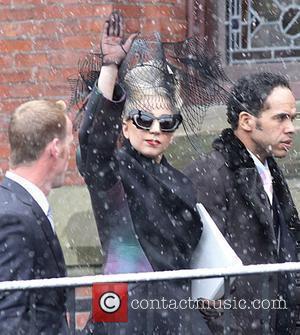 Picture: Lady Gaga arriving at Harvard University for the launch of the 'Born This Way Foundation' Cambridge, Massachusetts - 29.02.12

Lady GaGa has won this year's Glaad award for 'Outstanding Music Artist,' primarily for her album Born This Way, Bbc New reports today (March 26, 2012). The Glaad awards (Gay and Lesbian Alliance Against Defamation) celebrates the work of people who strive to portray positive images of Lgbt in the media. Gaga is known for her support of the Lgbt community and recently set up her 'Born This Way Foundation which promotes self-confidence and a culture of anti-bullying in young people.
Gaga wasn't the only winner at the awards; the TV programme Dancing With The Star was also given an award for 'Outstanding Reality TV Programme,' for their inclusion of Chaz Bono in last year's series. Chaz is the transgender child of Cher and Sonny Bono. Neil Meron and Craig Zadan, the producers of the TV musical drama Smash won the Vito Russo award at the ceremony. The award is named after the late gay rights activist and is warded to a media professional who has made "a significant contribution to promoting equality." Craig Zadan said that he and his working partner had spent years attempting to "fight, persuade and manipulate" the entertainment industry into including Lgbt characters into mainstream stories.
The renowned Hollywood producer Harvey Weinstein presented the high school pupil, Katy Butler, with a special award for leading a campaign to ensure that US film censors lowered the age rating of the documentary feature Bully. Oprah Winfrey also won 'Best Talk Show episode,' for 'Coming out on the Oprah Show: 25 Years of Unforgettable Guests.'