'Paparazzi' singer Lady GaGa believes she gets compared to Madonna because her mother looks uncannily like the pop star. 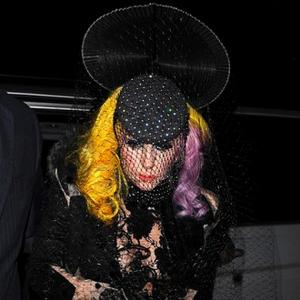 The 'Paparazzi' singer - who has become a fashion, music and gay icon since she rose to fame last year - is often compared to the 51-year-old pop star but insists their physical resemblance is purely because her mum Cynthia Bisset has an uncanny resemblance to the Queen of Pop.

She explained to US chat show host Larry King: "We're compared to each other, whether we're blonde, brunette, black, white, straight, gay. But on another level, it's kind of funny, because my mother actually looks sort of like Madonna. And the older I've gotten, I look more and more like my mother. So sometimes I just want to say, it's not my fault that I look like her."

The 24-year-old star recently admitted her parents always believed she was "different" from her peers but supported her because of her ambition.

She said: "My mother is the strongest person on the planet. My parents always knew I was different, I was never a normal kid. I talked differently. My dad used to say, 'Just get to the point.' I do that with my lyrics now. It's a testament when you achieve things like that when you're young. My parents really supported me."