Lady GaGa is ''proud'' to have won the outstanding music artist prize at the Gay and Lesbian Alliance Against Defamation Awards for her third album 'Born This Way'. 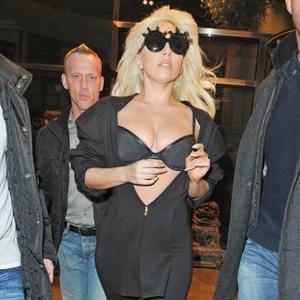 The eccentric star picked up the prize for her album 'Born This Way' - which encourages people to accept themselves whoever they are - and although she did not attend the ceremony, tweeted she was delighted because it helped represent ''equality and change''.

She wrote: ''I'm so proud to win 'Outstanding Artist' for Born This Way album at GLAAD Media Awards. Thank you so much to your organization.

''Lets remind the world that the zeitgeist continues to beckon for equality + change. The relevancy of freedom, the ying yang of hatred + love (sic)''

Other winners at the event at the Marriott Marquis in Times Square included TV show 'Dancing With The Stars' which won outstanding reality programme for featuring transgender contestant Chaz Bono, the son of singer Cher.

'Chicago' and 'Hairspray' producers Neil Meron and Craig Zadan won the Vito Russo award - named after the late gay rights activist and presented to an openly lesbian, gay, bisexual or transgender media professional who has made a contribution to promoting equality - and both paid credit to their sexuality.

In an acceptance speech, Zadan said being gay was ''part of who I am, so it impacts on the work that we do'', while Meron added the pair had spent a long time trying to ''fight, persuade and manipulate'' negative cliches in the entertainment industry.