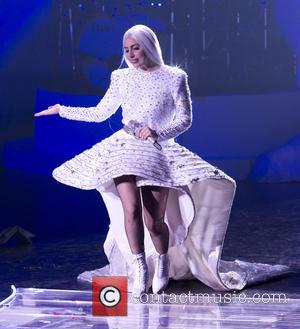 The Mrs. Doubtfire star was found dead at his home in California on Monday (11Aug14) at the age of 63, and initial reports suggest he committed suicide.

His publicist confirmed the actor had been suffering from depression in the months before his death, and he also spent years battling addiction issues. He had checked into rehab over the summer (14) to "maintain his sobriety".

The news of his death has sent shockwaves around the Hollywood community, and a number of stars have now reached out to fans to campaign on behalf of others struggling with mental illness.

Lady Gaga, who runs the Born This Way Foundation to help young fans, writes in a series of posts on Twitter.com, "Rest in Peace+Laughter Robin Williams. Perhaps this tragedy will shed light on the seriousness of depression. You made us all so so happy... Please reach out to ‪Bornthiswayfoundation.org ‬if you are struggling with depression, mental illness or addiction. You are not alone."

Actress Dunham held a minute's silence on the set of her Tv show Girls after hearing of Williams' passing, and she has also joined calls to raise awareness of mental illness, writing, "A tragic reminder that the conversation about mental health Cannot stop. Money, fame, artistic freedom - none of it is a barrier."

Tom Hanks' actress wife Rita Wilson, who was a friend of Williams, adds, "I will remember your warmth, kindness, unparalleled talent, generosity, beautiful children, Robin Williams... To anyone struggling with this issue, Us suicide Prevention Hotline: 800-273-8255."