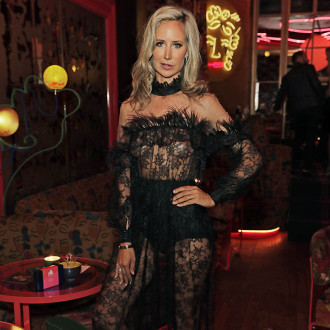 Lady Victoria Hervey has slammed plans to air the new series of Netflix's royal drama 'The Crown' just two months after the death of Queen Elizabeth.

The 46-year-old socialite - who is the daughter of the 6th Marquess of Bristol and previously dated Prince Andrew - has branded streaming site bosses "disrespectful" for forging ahead with the schedule to release the fifth season of the show just eight weeks after the monarch passed away aged 96 on September 8.

Speaking during an appearance on 'Good Morning Britain' on Friday (14.10.22), Lady Victoria said: "I think it is too soon, and yes, it is disrespectful."

Much of the show will focus on the breakdown of King Charles' marriage to Diana, Princess of Wales and his relationship with Queen Consort Camilla and Lady Victoria insisted the timing is just not right especially with the new monarch's coronation being planned for the spring.

She went on: "It's only been a month since the Queen's death and the coronation is coming up and Camilla - everyone is really accepting her in her role right now and it's going to try and paint her in a negative light."

The socialite also warned of the dangers of the fictional show being accepted as fact, adding: "Netflix say that it's fiction right? That's their whole argument. A lot of people watching it see it as a documentary. ... Maybe we know it's fiction, but possibly foreigners like in America, they treat it like their bible."

When asked whether any members of the royal family actually watch 'The Crown', Lady Victoria replied: "I know some of them dip in and out."

As well as showing events leading up to King Charles' divorce from Diana, series five is also said to cover the breakdown of Prince Andrew's marriage to Sarah, Duchess of York and Anne, Princess Royal's split from Mark Phillips.

The new series of 'The Crown' is scheduled for release on November 9.