Three actors have been added to next season's 'Homeland,' but who are they and what will they bring to the series?

The fourth season of 'Homeland' is ready to begin operations. The Showtime CIA thriller ended its third season back in December, and while details for the next one were kept under wraps, some plot info has been revealed. According to Entertainment Weekly, season number four will center on Carrie Mathison’s (Claire Danes) job located in the Middle East as chief of station. The summary is interesting enough considering nobody quite knew where Mathison & Co. could be headed following last season’s finale, but things are looking optimistic as a number of actors have been confirmed to return such as Mandy Patinkin, Rupert Friend, and Nazanin Boniadi. Homeland will be back for series fourth

Sadly, the series will be missing one actor: James Rebhorn, who played the role of Carrie’s father, passed away from melanoma this past March. How the series will handle his character remains to be seen, but what is known this week is the addition of three new actors and roles that will appear in the upcoming season. Suraj Sharma will join as the “heavily recurring” Aayan Ibrahim, who is a Pakistani medical student that crosses paths with Carrie. Corey Stoll will guest star as Sandy Bachman for an undisclosed amount of episodes, who is “the CIA chief of station in Pakistan who is a rising star within the agency.” Finally, Laila Robins comes on board as series regular Martha Boyd, a U.S. ambassador to Pakistan who is described as “professional and put together, with a ship-to-ship voice and the personality to match.”

Continue reading: All You Need To Know About The Newest Additions To 'Homeland'

Emily Hawkins once thought that her relationship with her husband couldn't be more perfect, however she is forced to come to terms with his absence when he is sent to prison and therefore struggles to cope with her mixed feelings and subsequent anxiety on his return. In a bid to progress to feelings of normality again, Emily consults a psychiatrist who prescribes her a drug to help her cope again. It seems to work well and gradually begins to help rebuild Emily and her husband's relationship. However, things take a tragic turn when a woman is mysteriously murdered and Emily and her psychiatrist seem to be the two people who are facing blame. Not only that, but when evidence arises suggesting the pair had a relationship other than a professional one, Emily stops knowing who she can trust anymore.

This complex psychological thriller is set to 'wow' cinematic audiences with its thrilling plot, all star cast and direction from the Oscar winning Steven Soderbergh ('Ocean's Eleven', 'Contagion', 'Magic Mike'). With a screenplay written by the BAFTA nominated Scott Z. Burns ('The Bourne Ultimatum', 'Contagion'), it's nothing short of expertly put together and definitely in line for several film award nominations on its release on March 15th 2013. 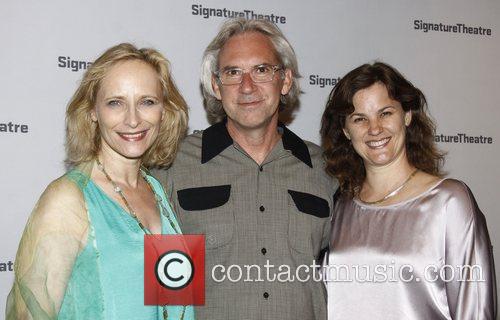 By Christopher Null
OK
Irony doesn't get any richer than in the movies. Irony doesn't get any richer than in the movies.Take Slippery Slope. Here we have Gillian...