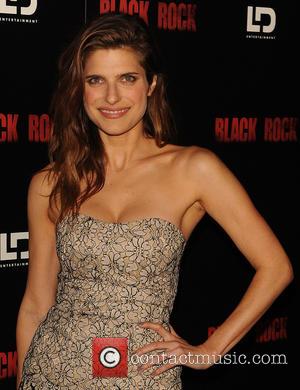 The main name you'll know, in a cameo role, is Eva Longoria. Bell and Longoria have previously worked together in Over Her Dead Body. Other actors include Fred Melamed (The Dictator), Demetri Martin (Take Me Home Tonight), Michaela Watkins (The Back-Up Plan), Ken Marino (Role Models) and Rob Corddry (Hot Tub Time Machine).

Watch the In A World Trailer:

In A World has received great reviews and has won, even before its general release, the Waldo Salt Screenwriting Award at the Sundance Film Festival. Hardly surprising considered Bell wrote, starred and directed in the film.

Lake is a Zooey Deschanel type character who thrives in this self-deprecating, quirky girl meets the big bad world style of comedy. Even so, it does seem like good fun even with the cheerful reminder of the underlying issues of sexism within the film industry. Lake Bell (L) at a L.A. screening of Black Rock and Eva Longoria (R) at the Global Gift Gala